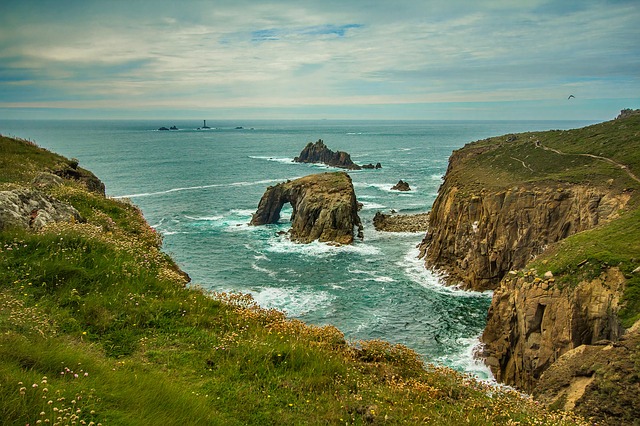 Whilst the British Isles may seem small it is nevertheless full of stunning scenery. With hiking as such a prominent part of British culture, there are plenty of areas to traverse and experience this stunning country. Below are just a few of the top hikes on this little but gorgeous island.

A stunning coastal walk, it is named Lizard not for the reptiles found there but more because the name is derived from something similar in the native language of old. Stunning caves and coves can be traversed and explored right next to the rough seas making for spectacular views. This is just a tiny section of a whole, which is called the South West Coast path and is actually a massive six hundred miles long.

The Highlands of Scotland are always a glorious sight and none more so than Wester Ross. This area has long attracted those hikers that prefer a bit of a challenge and many a hill walker and climber have headed out this way. There are easy paths along the coast starting at Sheildaig and Diabaig but it is the fortress-esque Mount Torridon that draws the climbers. This is considered to be one of the best climbs that can be found anywhere on this island mainland. 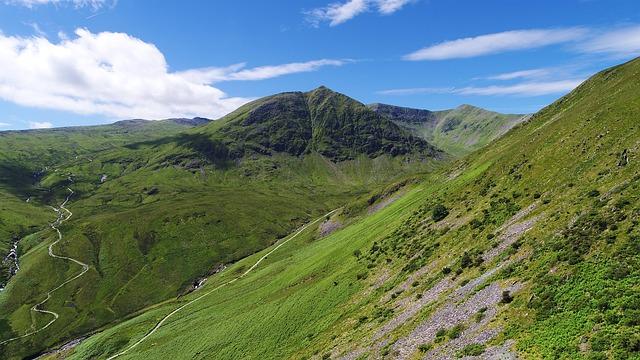 A lesser peak to the aforementioned Torridon, nevertheless there is still a huge draw. Considered by many to be one of the most romantic places, many British poets such as Wainwright and Wordsworth found peace and inspiration here. A mountain of contrasts, it offers a sharp cliff edge named Striding Edge whilst at the same time having a top flat and long enough that a plane can actually land here.

An ancient ridge with a full history, this route has long been accustomed to people walking upon it for centuries. It used to be a Devon to Norfolk trade route. At 137 miles long it passes through cosy woodlands, small-unknown valleys and vast downs. In addition it incorporates both the Salisbury Plains and the Avebury Stone circles and ends at Cerne Abbas with its chalk giant.

Heading into the rainy beauty of Wales, Snowdonia caters to all walkers. Beware going in winter season though as it can be treacherously muddy in the rain. The north ridge is considered the most famous here and is slightly less intimidating than some of the other mountain peaks. Don’t miss out on climbing to the top and making the five-foot jump between Adam and Eve rocks.